It is that time of year again: when utility companies start to notify households that the annual meter reading is due. The meter reading forms the basis of the annual bill. In other words, at the end of the year, the companies calculate how much electricity has been used and how much (still) needs to be paid.

This process is somewhat more complicated for energy-intensive companies as the cost of electricity also depends on how much electricity is used at the same time. These so-called peak loads can run expensive for businesses. And even if billing is only done at the end, it is still important to make sure that as few peak loads as possible occur during the year. What can companies do to reduce their peak loads and what kind of technical support is available? In this article we want to provide the answers to these questions…

Avoid peak loads- but why?

A short digression into what makes up the price of electricity

For private households the price of electricity is usually made up of the base price and the kilowatt tariff.  A value is set for both components for a certain period of time and then the set price is billed for the total electricity consumed during that period – regardless of when it was consumed.

For energy-intensive companies, another component is added to the two mentioned above: the demand charge. To this end, electricity consumption is measured and transmitted during the entire year in 15-minute intervals. The demand charge is fixed based on the highest average value. This means that just one single peak load can drive up the charge and therefore the total cost of electricity.

This demand charge is meant to induce companies to avoid peak loads as best as possible since the power supply as a whole can benefit from energy consumption that is as steady as possible and without peak loads. 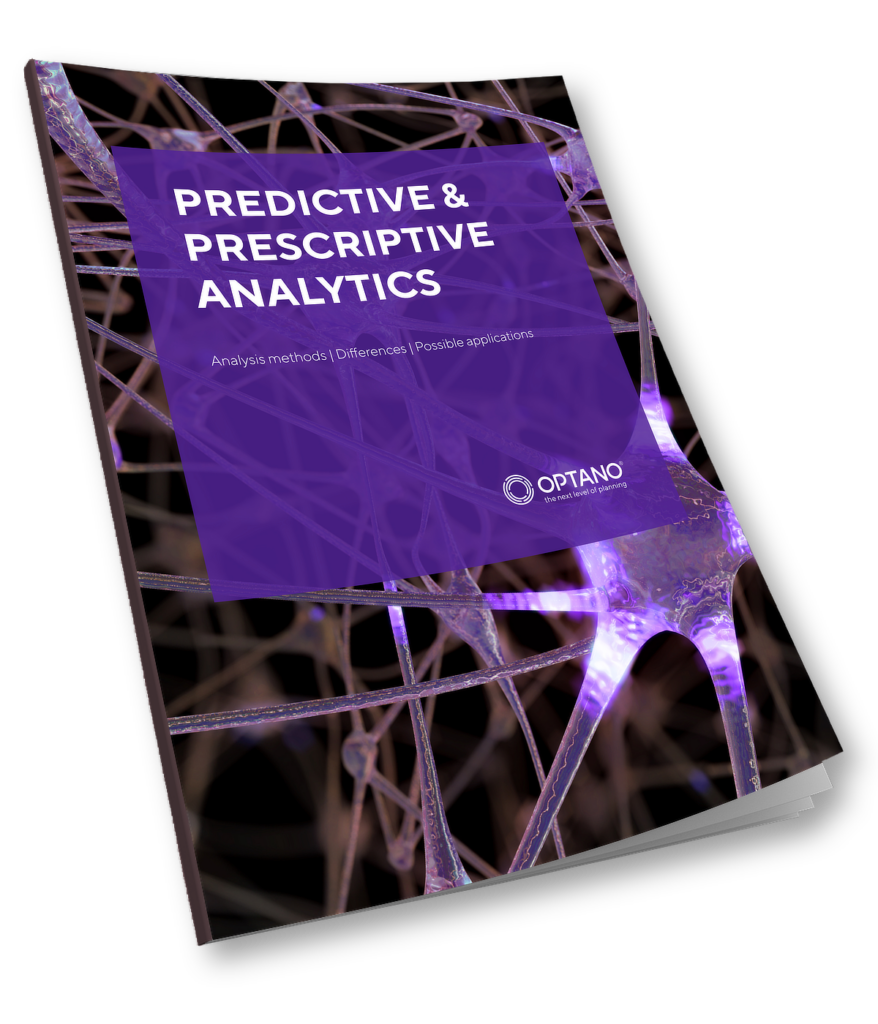 How do peak loads occur and how can they be lowered?

Peak loads mainly arise when several electrical consumers use electricity at the same time, e.g. when a lot of machines are switched on at the same time at the start of production. This inevitably means that at a large amount of electricity is consumed at once.

In order to avoid peak loads, it is first important to analyze when and how they are caused. For this purpose, the electricity that is used by all electrical consumers in the company has to be recorded systematically. All consumers which are not relevant to the actual production must be taken into consideration, for instance air-conditioning or heating systems.

Based on the consumption data it is then possible to analyze how the peak loads occur and how they can be prevented, or at least levelled out. To do so, a maximum permissible average value is determined which should not be exceeded.

Depending on how the peak loads occur, various approaches can be taken to lower them. A common reason for peak loads is, as mentioned above, when several machines are all switched on simultaneously as this consumes a great deal of energy. By starting these machines at different times (i.e. with a time delay), a peak load can be avoided without any major impact on the production. 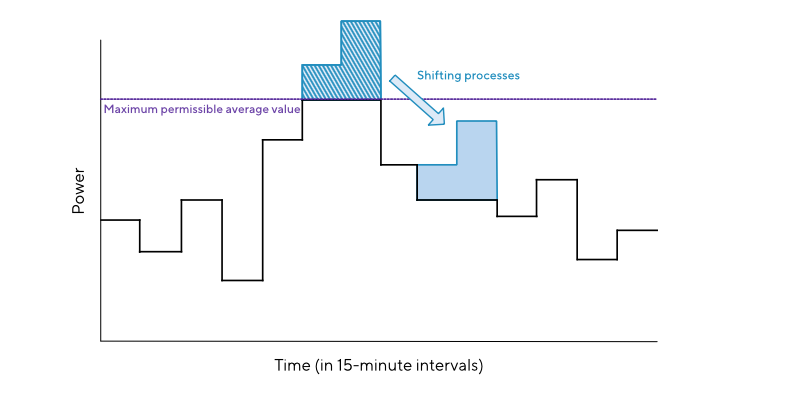 Furthermore, energy-intensive processes can be scheduled to run at times of the day when they can be powered by self-generated energy (e.g. photo-voltaic plants).

If peak loads cannot be lowered by simply shifting processes for production reasons, there are several ways to deal with this. For example, it is possible to cover the energy consumption of peak loads by using power storage. Electricity storage uits are filled at times when electricity consumption is low and the stored energy is used when the demand for the energy increases. 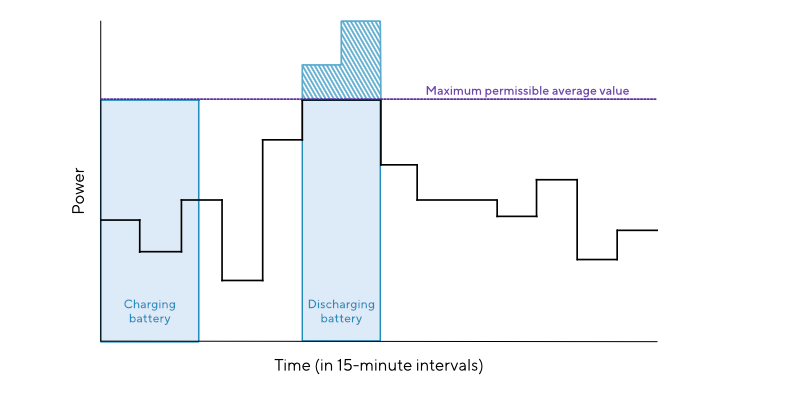 Another option is what is known as load shedding. Here, in the event of production-related peak loads, electrical consumers which are not relevant to production, are temporarily switched off. This helps to reduce peaks without having to make major interventions in production. The electrical consumers that are usually switched off are air-conditioning, ventilation or heating systems. By unplugging these, the total consumption of electricity can be temporarily reduced. 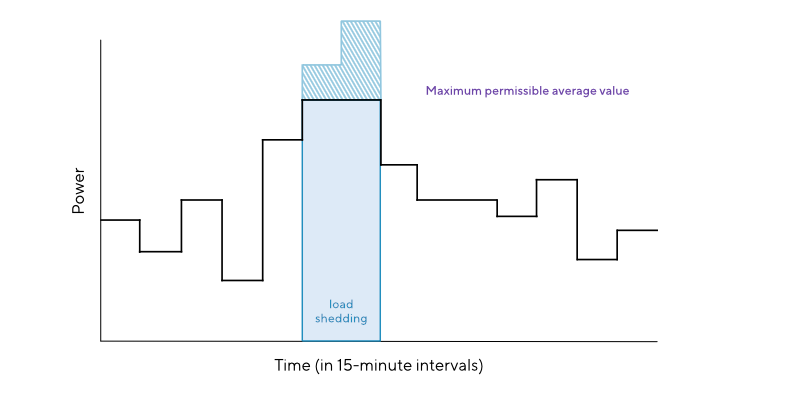 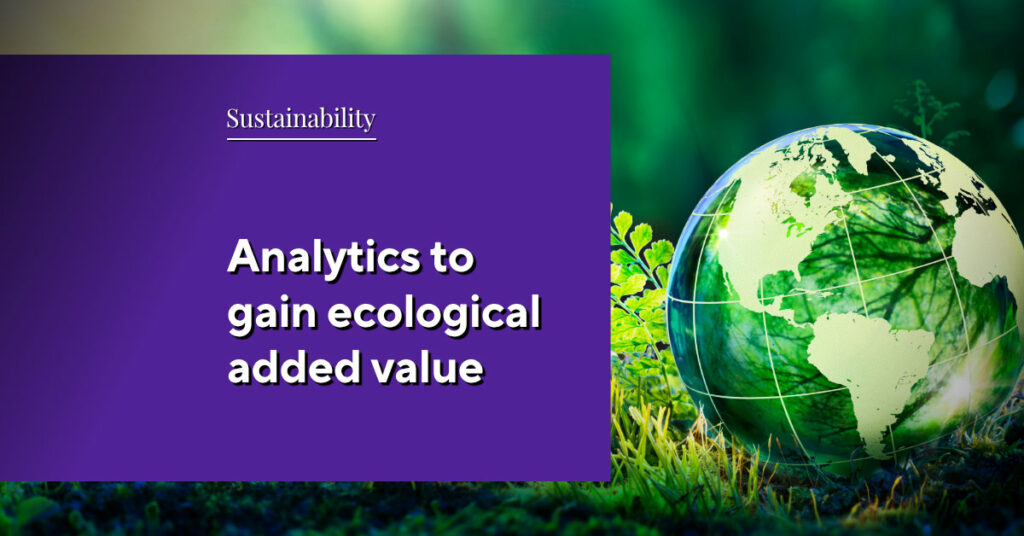 How can value chains be structured optimally and be ecologically sustainable? Analytics can help and even offer a competitive edge. 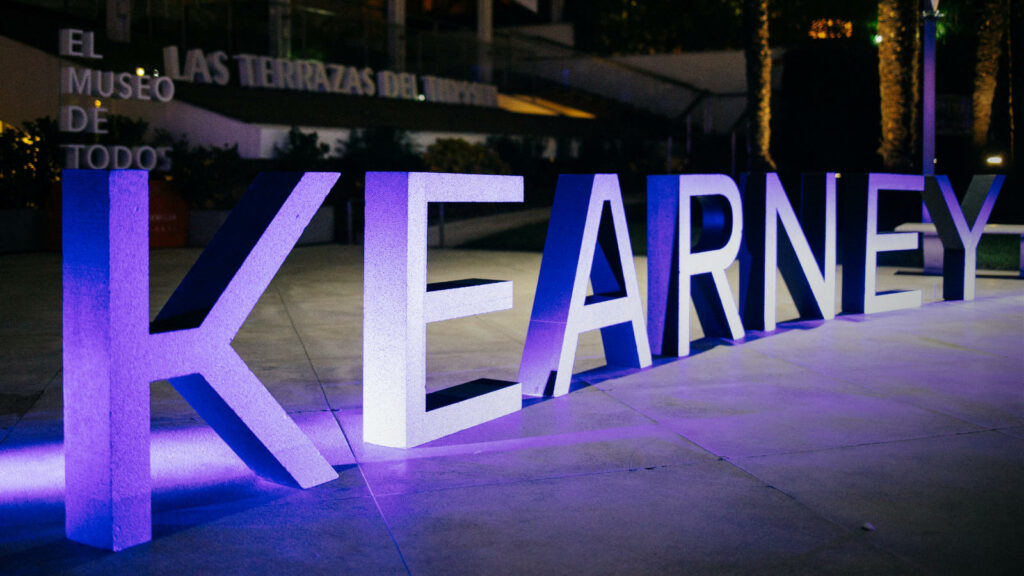 Kearney, the leading global management consulting firm, today announced that it has acquired OPTANO. We are exited about this new development. You can find more details here. 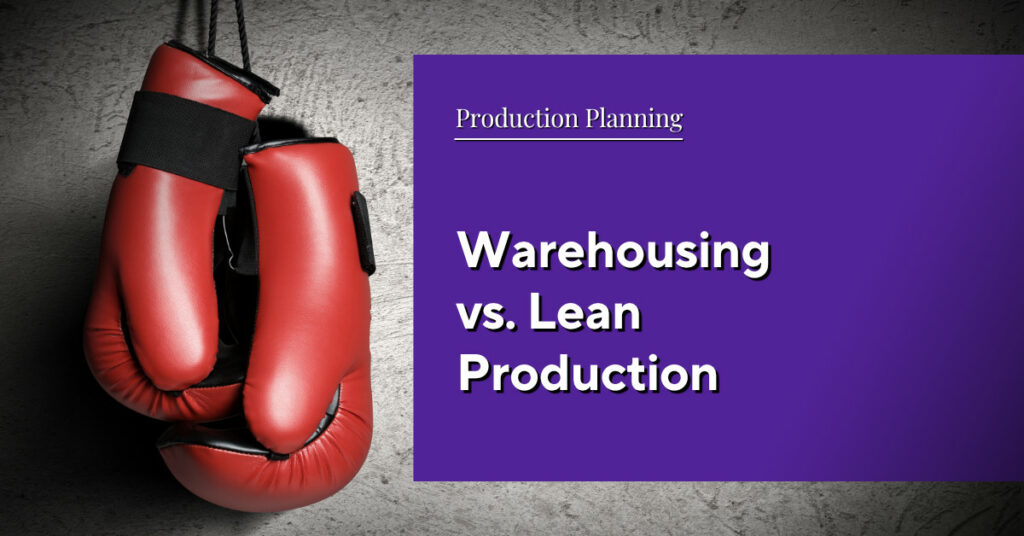 Avoiding peak loads must be regarded as an additional target alongside all the others in production processes. Targets such as cost efficiency, minimum throughput and setup times, delivery reliability and machine utilization must still be given consideration and solved optimally. These, and also peak load management, can be very complex problems on their own; when combined, getting a solution becomes even more difficult. In many cases, planning becomes such a complex problem that a manual solution is no longer possible.

A mathematical model and the corresponding algorithms can directly consider peak load management in planning processes. The consumption data is fed into the model along with all the other relevant data and enables a planning procedure which can attain the lowest peak loads possible.

With the help of what-if scenarios there is also the additional option of checking investments in storage or energy generation in advance and calculating exactly which effects and savings are possible.

By deploying intelligent mathematical optimization methods such as Prescriptive Analytics, a planning software like OPTANO can find the best solution for even the most complex problem. For this purpose,  all constraints and objectives to date will also be considered and optimally solved. OPTANO supports you here with targeted recommendations on the best action to take – based on the proven analysis of all the data that is taken into account.

In what-if scenarios you can run through investments and the results are displayed clearly and comprehensibly. Is it worth investing in power storage or photo-voltaic plants, for instance? What planning changes would arise as a result? In this way you can check strategic alternatives based on facts and make data-based decisions.

OPTANO provides you with the overview you need – feel free to talk to us! Our consultants are happy to answer any of your questions. Or send us a mail and we will get back to you.

Even if billing is only done at the end, intelligent planning and investments can reduce energy costs for many companies. There are many ways to reduce the demand charge and, at the very least, these should be looked into. Unfortunately, for private households, if you want to pay less, you have to consume less.

Have you already got your copy of our Factsheet on this topic? 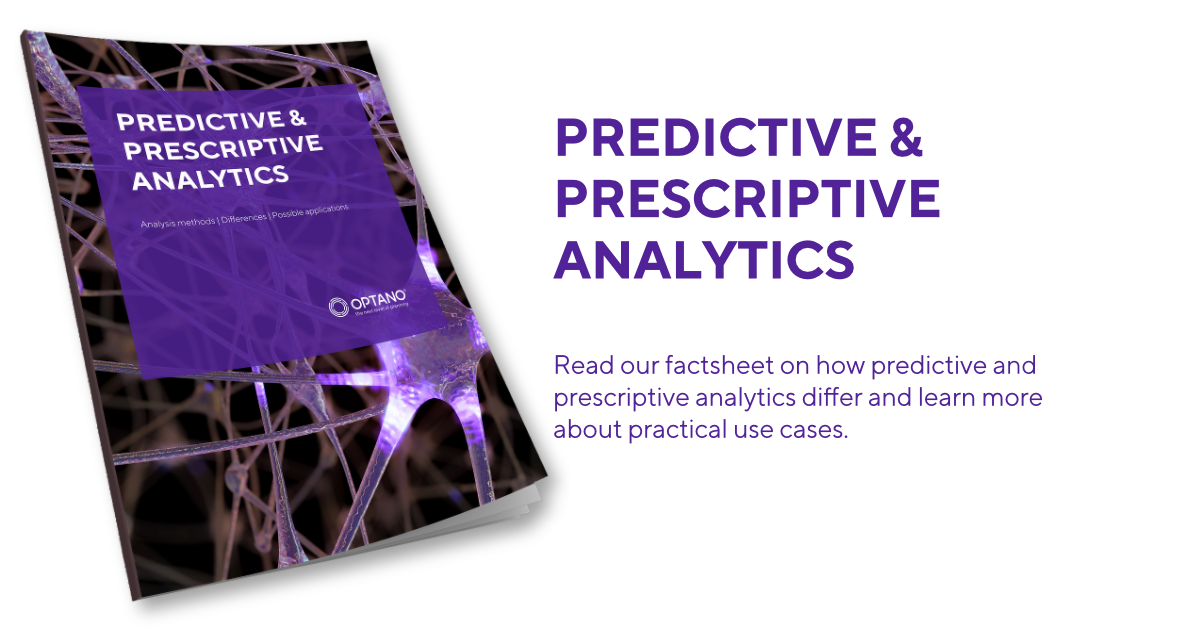 In our factsheet, we show what exactly lies behind the terms predictive and prescriptive analytics, how they can be distinguished from each other, and what practical use cases there are. 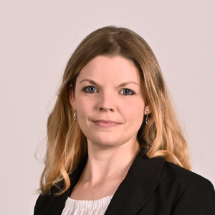 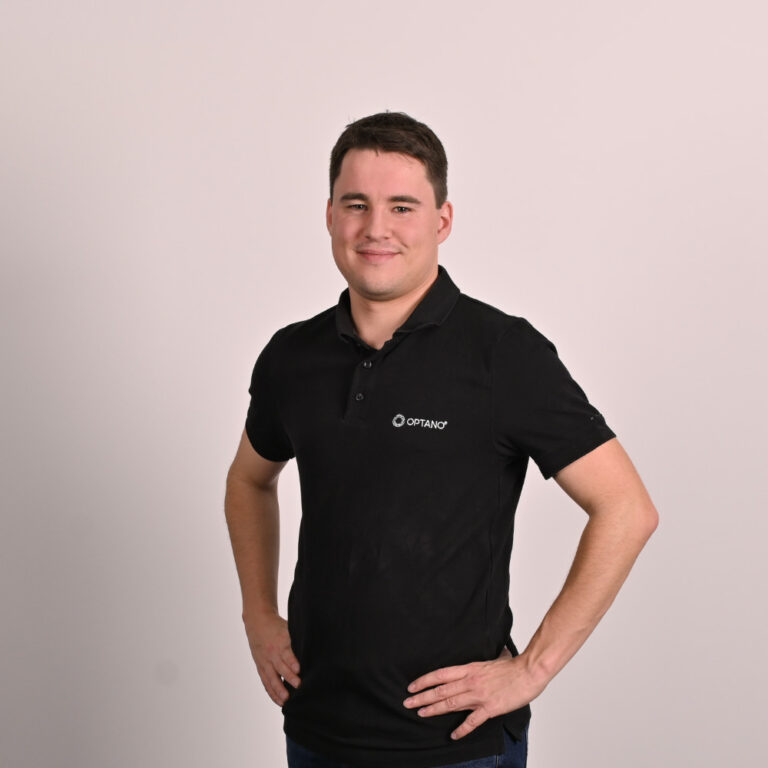 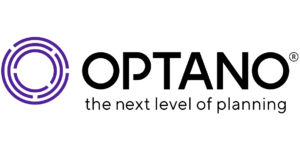 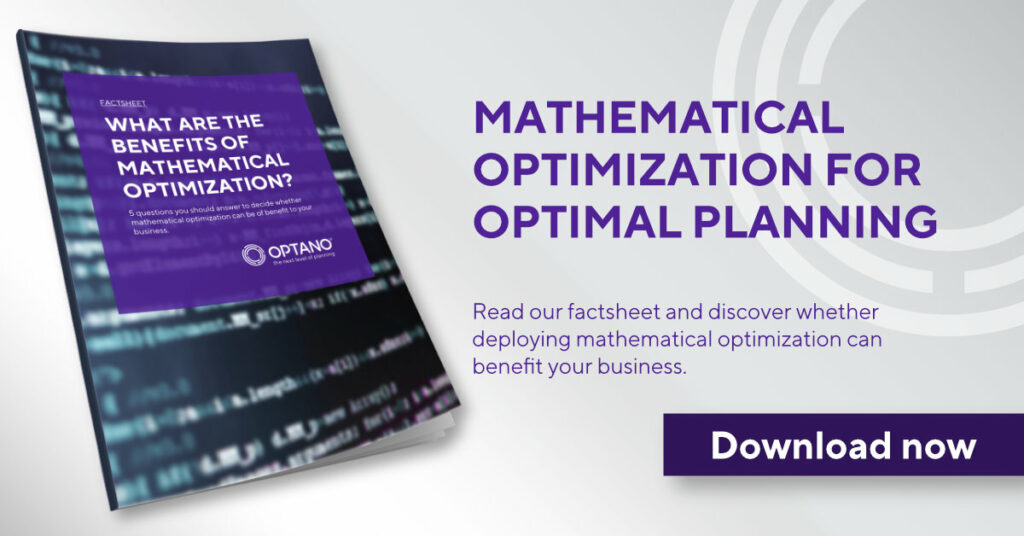